Rose quartz – creating well being - Your way of spiritual development 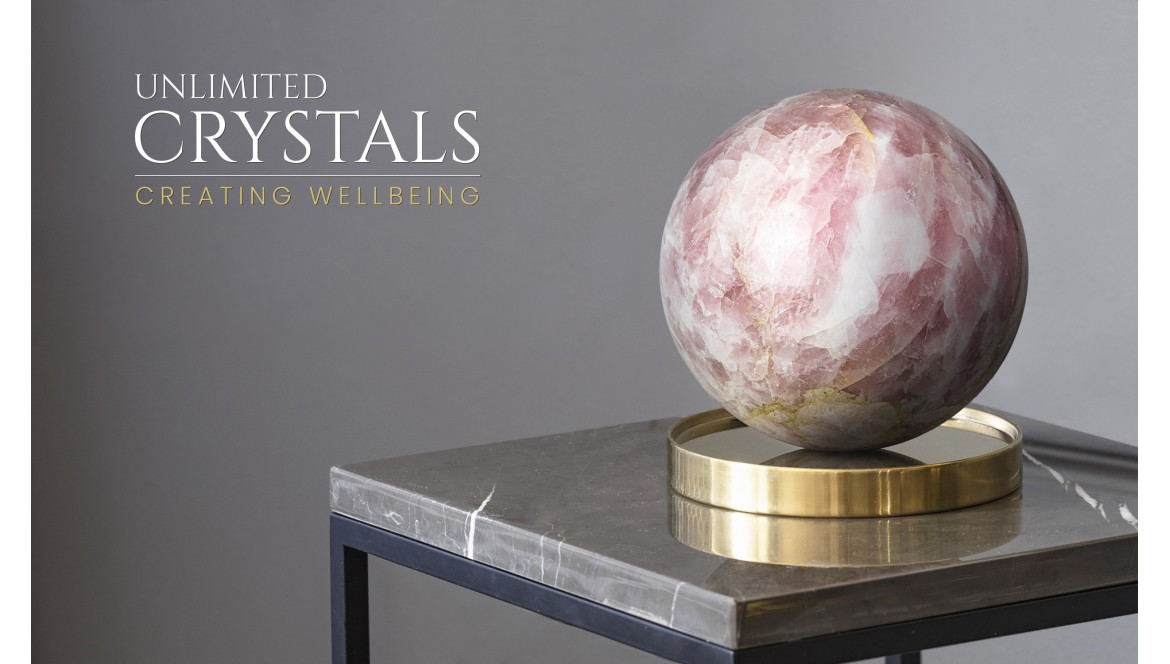 Many supporters of magic and lithotherapy believe that all crystals have great power. The structure of the crystal, which is a quartz, gives its owner energy help in negative situations, both those caused by deterioration of health, and those where the events probably do not go according to their wishes.

Where does rose quartz come from?

Quartz usually forms hexagonal columns. It is transparent, sometimes one-color - then we are dealing with a rock crystal. Any admixture of other minerals creates different colors. Such is, for example, rose quartz, which, however, is rarely crystalline.

The light pink, deep pink and reddish pink color of quartz is due to the presence of titanium or manganese in it. On the other hand, the presence of rutile causes the formation of starry streaks, which give the quartz a special appearance, so valuable in jewelry. Another desired effect is opalescence or the cat's eye effect. Darker varieties often create a phenomenon in which a light beam splits into smaller beams of different colors. This effect also determines the value of the stone.

Rose quartz is most abundant in Brazil, the USA, Japan, India, Madagascar, France, Switzerland and Russia. In Poland, rose quartz was found in the Izera Mountains and the Owl Mountains.

Rose quartz - what are its physical properties?

This stone - classified as a precious stone from the quartz family (chemical formula: SiO2 - silicon dioxide) - is hard (Mohs hardness: 7) and not brittle, though brittle. It comes in all shades of pink, from deep to pale pink. It has a shell fracture, a white scratch and a glassy sheen. As with all stones from the quartz family, it is characterized by a hexagonal crystallographic system. In its raw state, it is used for water treatment, which takes over its properties. Rose quartz dust is also used in the production of cosmetics, and in the old days it was made into a mixture for wrinkles.

Magic properties of rose quartz - how does it work?

Rose quartz primarily symbolizes love. It emits vibrations of unconditional positive feelings, healing and warmth. It strengthens people's sensitivity and empathy. Maybe that is why it is especially recommended to those who deal with art, e.g. musicians, painters and writers. This beautiful pink stone heals broken hearts and soothes unpleasant memories from the past. It is a stone of forgiveness and inner peace, because it heals old negative emotions. Rose quartz also allows you to rebuild trust and helps you build positive relationships with people, especially with those you meet.

By freeing ourselves from all negative thoughts, we better understand the world around us. Thus, we have a better connection with nature and the universe. Above all, however, the energy of the stone should be used by all those who seek beautiful and unconditional love. That is why it is recommended to singles as well as people in unsuccessful relationships. The stone increases self-esteem, gives the knowledge that in order to truly love someone, you must first love and accept yourself.

Rose quartz placed under the pillow will cure us of insomnia and make us enter a new day refreshed and with a huge dose of energy.

Rose quartz has a healing effect on the human body. Supports the heart and the reproductive system. It greatly improves the functioning of the circulatory system, reduces lethargy, relieves stress and nervousness. In general, contact with this stone is recommended for people with reduced immunity, i.e. people who easily catch any infections.

Due to its color, the stone is widely used in jewelery. Varieties with a more intense color are particularly popular. The additional effects such as inclusions and the cat's eye effect only add to its beauty. So let's have and wear a bracelet with rose quartz beads. The stone is also suitable for pendants and earrings. Generally, it is associated with a white metal frame, most often silver.